Thumbs up for this triangular cultural/DJ/alternative crossover. 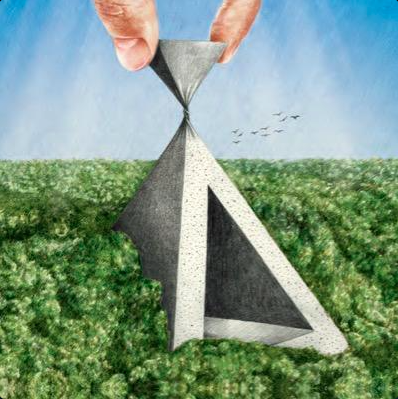 Certain DJ crossovers with Mexican music should call for international crisis (like Juanes and Cedric Gervais, which killed our promises for cultural collaborations), while some deserve a warm headphone-hug. Zoé – Spanish alternative icon – recently aired a music video for their Poolside remixed track of Andrómeda (Andromeda) and it sounds like someone has injecting H2O phlegmatically into our eardrums, which spread through our vessels. It reminds us of rain, waterfall, shower, urinating, streams, rivers, any free-flowing water that gives us a sense of relief. Andrómeda is a hot Greek myth character that means “ruler of men,” hence the song longs for a lover whom Zoé cannot forget. Myth characters are common themes in Zoé’s works (like Icarus reference in “Nunca” or “Never”)

Similarily, RAC’s remix for “Fin de Semana” (“Weekend”) is noteworthy. Instead of tap water, RAC’s version is like sparkling water that vibrantly streams into our earbuds to replenish us with a vivid gusto.

LA-based daytime disco duo, Poolside, is known for their track “Harvest Moon” and their electro-chill flair. RAC or Remix Artist Collective is a Portland songwriter/DJ who has been sporadically sharing majestic music. Their Zoé remixes is part of the band’s Programatón Revisitado (“Programatón Revisited”) album, which contains more remixes from other artists around the world.