Few bands tend to un-shitty the future of music industry and one exemplar is Mew. Not the sperm-like Pokémon, but the Danish dream rockers who released their album +– and are on tour now.

We had the luck to attend a free concert they gave in Origami Vinyl store in Los Angeles and received several revelations: they still blow your ears synth-free. Jonas Bjerre never ages. Bjerre is not actually him; it’s Keanu Reeves in disguise. 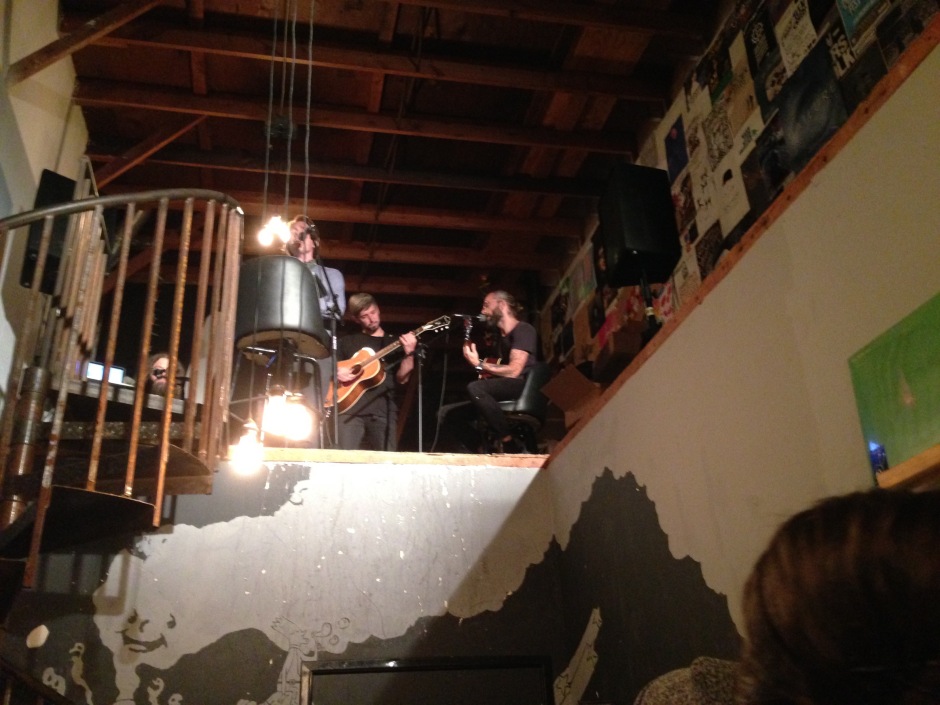 Photo: Free concert doesn’t guarantee stage. This was our view.

Photo: We managed to snap a smile

Aside from cracking Bjerre’s real identity, we also couldn’t help but notice the Messiah spotlight over his head. Morpheus was right – he is the Chosen One. In case you wonder which Matrix character Wohlert might be, he is a character of his own. The dude talked a lot and proudly drank his Corona Light in front of everyone. He even gave one to a girl in the front.

Our personal favorite performance was the last one, “Louise Louisa.” It’s not one of their top hits, but always topped in our list of Post-Finals Cerebral Recovery Playlist.

Mew’s touring North America until mid-October and then Europe til November. They will be performing in Corona Capital Festival (coincidence Wohlert?) in Mexico City and hitting Japan, Australia, and Europe again. See them live because we did and got our signed copy:

Our signed copy of +-. Let the jealousy begin.