Some found monsters in the woods – CALLmeKAT found musical eureka. 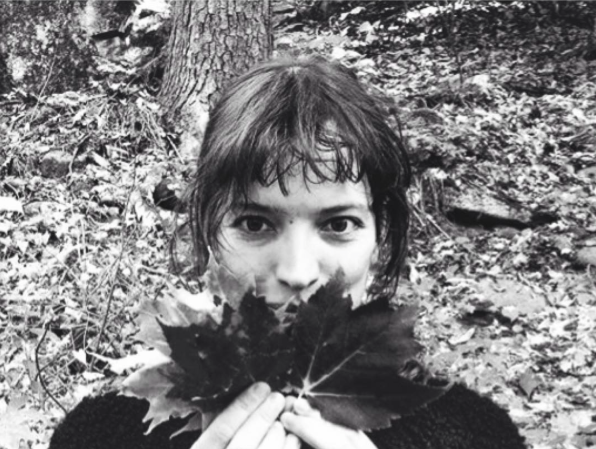 Danish psychepoptress Katrine Otterson, known as CALLmeKAT, has been gliding into our sonic radar with her eccentric vocals that chant synth-glossed earthly metaphors masquerading dark themes. For her upcoming EP Mouth of Time (due January 29), our gal has already given us a hors d’oeuvre months ago with her single “Mouth of Time” – a gobstopping track braided with psyche edginess and pop’s enchantment that rolls opposite to the noir lyrics. How CALLmeKAT grapples these two antithetical moods in her ballads is her scarecrow-genius talent. We interviewed the gal who talked about her new EP, handling airport phobias, and spirit animal.

Tell us how you transitioned from making music in the woods to becoming an artist. How does one make such career move?

It wasn’t really a career move. It was just a natural progression of a young person’s life. My childhood home just happened to be in the woods and it was lovely. And then we actually moved away from it when I was a teenager. Wherever I am if it is in a city or in the middle of nowhere nature always touches a profound cord in me. I think that might be one of those nice side effects of growing up so close to nature.

Can you tell us the story behind the moniker CALLmeKAT?

My name is Katrine, so I gave myself the indulgence of an alias that I could make music under, which sort of gives you a pseudo-sense of freedom, but at least it is a playground where you can feel free to express yourself. Sometimes people comment on the spelling and find it ridiculous. But it was really just because the cover for my first EP sort of looked like that.

You mentioned in other interviews that your background living in the woods has influenced your music. Do you still go back to nature to find new inspiration again?

Definitely! I actually spend about half of my time working and living in Upstate New York in a really small village, totally in the middle of nowhere. This is one of the places where I feel most in tune with my writing and there’s just a silence and a feeling of being a small little part of the universe here, that I appreciate a lot for both when I work and when I relax.

We saw a video of you performing live at the NPR Music offices. You mentioned you don’t like airports. How come? And how do you spend your time in airports?

I think I go through phases of really, really hating airports!! And then phases of just coping with them. I just feel that everyone are treated really poorly in airports, from the way you are spoken to, the way people are huddled together, etc. It seems purposefully uncomfortable. And it makes everyone rude. Almost like people leave their manners outside the airport. I long for the romance in traveling. So I usually go really early, bring my own food and tea and try to make it as comfortable as possible within the frame that modern low budget tour travels allow!

Let’s talk about your upcoming EP Mouth of Time. Does it also have influences from your childhood living in the woods?

Not really directly. But nature’s force always inspires me, so it is not like an anti-presence. I cherish my childhood, but I don’t really tie my whole life as an artist back to my childhood or go in circles around it. For me it is inspiring to be a grown up woman, a musician, make new music, do new projects, meet people, play the music on the road and record in the studio. It is really what excites me.

Did you work with other producers for your upcoming EP?

I work closely with my long-time collaborator and band-mate Joe Magistro.

We read that “Mouth of Time” is about death. How did the idea of the song come to you? Can you tell us the story behind it?

Well, it is not solely about ‘death’. It is not that one-dimensional. It is really about different stages of grief and realizing that you can be a free person even if someone you love is dying. It is sort of an asymmetrical conversation in different dimensions between a dying person and death itself. It is also two parallel stories; one is about a person grieving over a loved one and finding a way to be free. Really the whole EP is centered around love in many shapes and forms and it’s medicinal powers and potential to set you free.

We’ve been binging in your Soundcloud and noticed that while your songs are dreamy, they have this dark undertone. Where does this edginess come from?

Cool! Well, I like darkness and grey scale feelings. I think it is a part of life and I don’t shy away from it in my music. It brings balance. When a song is happy and bouncy I like for some darkness to give it perspective… Some of my favorite songs are dark. Same goes for movies. I feel that the duality of life is often felt very strongly in any form of expression if there is a dark undertone, a trembling sensation, an undercurrent of reality. I’m definitely not one for bubble gum sonics!

What’s the one city that you’ve never been to, but would love to perform?

Can I pick two? There are so many places I would like to go to! I would love to go to Tokyo. I’ve been to Japan but never Tokyo. I would also like to go to the Himalayas… do you think the people of Kathmandu would like a CALLmeKAT concert? Nepal is definitely a dream destination!

What is your spirit animal and why?

If you also thought she was going to say cat, we are right there with you.