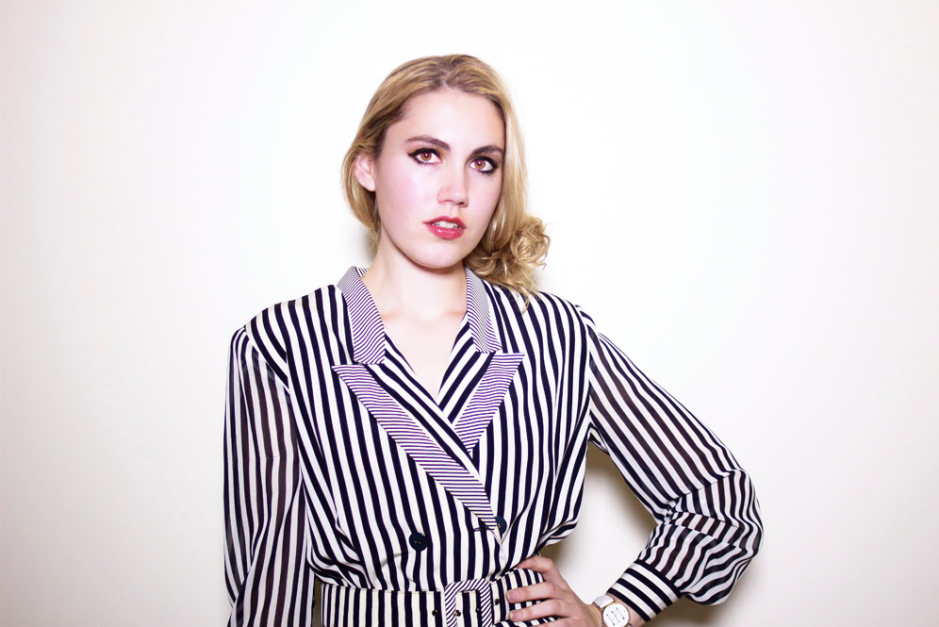 If you like electropop that is peppered with sass and disco, Calypso is the gal your playlist should be hitting up. The rising Tasmanian poptress recently debuted her first solo EP, which explores love in its most emotive, vulnerable form. Her self-titled EP portrays the frailty of the human bond embedded in the dance-inducing synthbaths that is both adrenaline-saturated and chest-pounding. We had the chance to interview the songsculptress, who also happens to be the voice of the band S L O W:

Give us a background about yourself – you’re from Tasmania yet based in Australia. Did you grow up in Australia? When did you start getting into music?

I grew up in Tasmania but my parents are Scottish. They immigrated here before I was born. As a child I was in the school choir and played the piano but it wasn’t until I was in college that I started to play the guitar and do live performances.

I know you’re in a group named S L O W. What made you take the solo trajectory?

S L O W actually came about through working on my solo music. Cal started to produce my electronic songs and as a side project we came up with S L O W as a way to release music that wasn’t either of our solo material.

Was it more challenging working on your debut EP than S L O W? What were some pros and cons of going solo?

The S L O W EP came about really quickly. My EP took a lot longer because I did a video to one of the songs and there was a longer process for everything to be completed but it felt amazing to finally get it out and I feel like it happened at the right time.

Can you describe us the inspiration behind your EP?

The EP is a mixture between old and new material. Numbered and Hunting were tracks that I finished quite a while ago whereas the other two were more recent and I had a lot more to do with those tracks in terms of co producing with Cal. I think the inspiration behind the EP is love; whether its finding it, loosing it or somewhere in between.

What was your favorite track of the EP and why?

I think my favourite track is Field of Violets as it’s a song that’s fairly obscure and probably less accessible to the listeners compared to the other songs. I like it when people tell me it’s their favourite track off the EP because I don’t expect it.

I’m really liking discovering different electronic artists at the moment. I recently stumbled across an artist called Elderbrook so I’m a bit obsessed with his music at the moment.

Tell us your plans as Calypso and S L O W. Can we expect any new music videos/album soon?

S L O W has another single and possibly an EP on the way and I’m hoping to do another solo EP for summer. Also I would love to do another video as I really enjoyed the process of creating through another outlet.

Finally, what is one thing that you don’t want your audience to do during your show? For instance, it bothers some musicians that people take photos with their giant ass iPad.

There’s not much an audience member could do to annoy me. Tasmanians are fairly relaxed so unless it was extreme I’d probably just laugh it off and keep playing.

Calypso is as cool onstage as she is in her music video.