Los Angeles-based alternative poptress, BeLL, took the stages of The Satellite (Silver Lake) without wearing pants…she was wearing shorts. The Texas native, who started composing for other artists including Natalie Imbruglia and The Script, has already shown her adroitness in crafting ear-gluing tracks. You probably heard her songs without realizing it was BeLL’s (she soundtracked Volkswagen Super Bowl commercial, Vampire Diaries, and Pretty Little Liars). Watch BeLL’s latest video “Losing My Religion” below:

BeLL performed at The Satellite on October 14, so check out how the dudette took over the stage with her fellow gals and glowing Macbook (not an ad placement, but hey Apple! We’re pretty sure BeLL wouldn’t mind some new goodies) 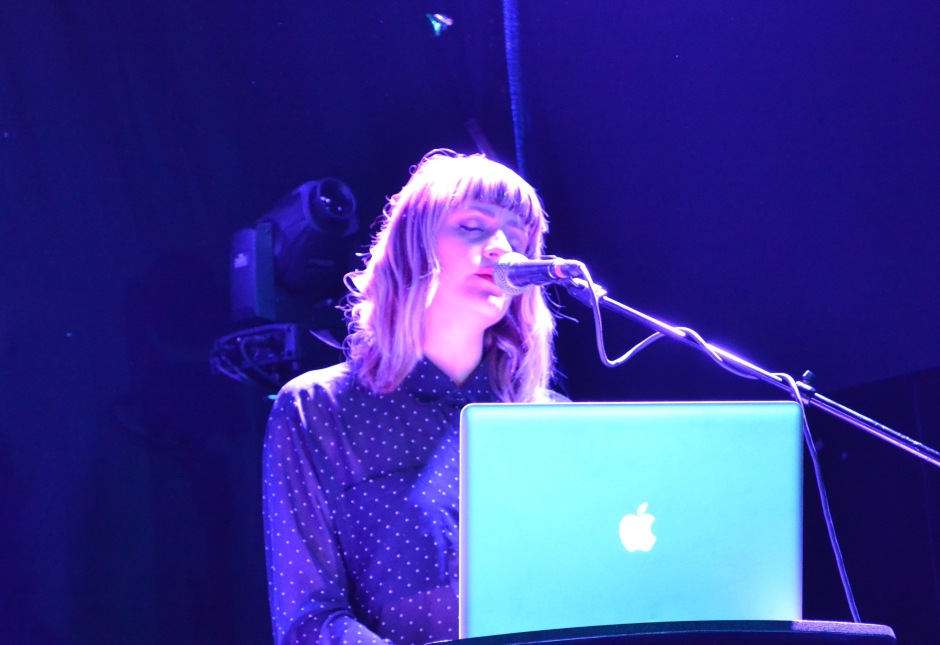 She is wearing shorts…even though it doesnt look like it