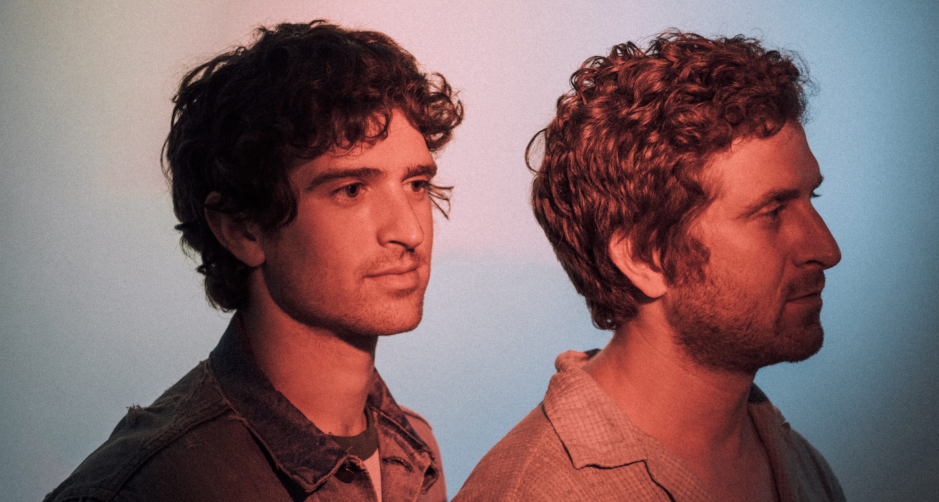 Brother duo Cones (Jonathan and Michael Rose) dropped their debut record Pictures of Pictures last week via Dangerbird Records and today they’re giving us a highly indulgent treat by sharing the video for “Seeing Triple.” Before you eyeroll thinking that it’s another music video, this one is genius. It captures the two of them fighting on set and – as childish and evil as this may sound – it’s hilarious. There’s just something so satisfying about watching other people feud, especially when they’re siblings. If you think about the success of reality shows like Kardashians, it’s rooted to our affinity for family drama. And “Seeing Triple” is targeting that part of us, which is genius:

On the video, the duo shared: “Our good friend Sidney Schleiff suggested that it might be cool to make a video of us performing as real people, rather than cartoon versions of ourselves. We agreed–though wobbly animations will always be at the heart of our visual presence, it felt great to show our faces.”

Director Sidney Schleiff added: “Since this is their first live action music video we knew we wanted to capture a real, backstage sense of who they are as musicians and as brothers. At the same time, ‘Seeing Triple’ is so bright and colorful, we knew we wanted to create an environment that reflected the kaleidoscopic tone of the song, and our friend Jeff Cohn did such a genius job of capturing that very essence with his lighting setup and anamorphic lenses.”

Cones will be launching their own reality show next month where they’ll be brawling and eating salads, so start keeping up with the Roses via their Instagram. Totally kidding. But they’ll be playing shows in LA and New York in the upcoming weeks: