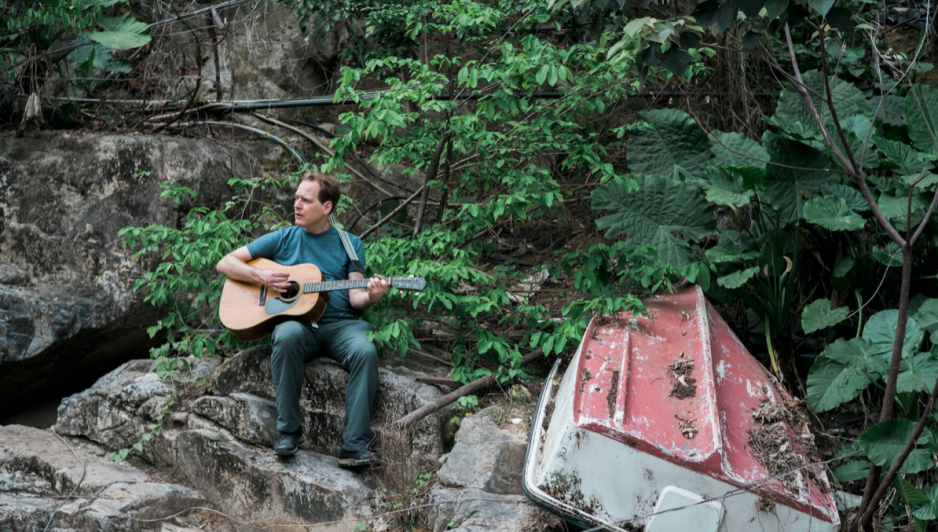 Born in Kansas City but now based in Hong Kong, Todd Warner Moore is back with another record titled Overnight Flight, where he addresses a diverse range of emotions through a collection of nine tracks. The title track, “Overnight Flight,” boxes us into the excitement and longing we feel when we’re about to meet someone who is far away. “I’ve got an overnight flight / I’ll see you on the other side” he chants. It’s a soft-core pop piece where Todd settles on simple strings and croons that depict the intimacy between two people who are not together.

In “Mistakes,” Todd doesn’t specifically describe the context of such ‘mistakes’ but breaks down our flawed nature to repeat them. “We always seem to / Make the same mistakes” he sings. This form of bittersweet atmosphere is carried out in the next track “Suns” where he reminisces small significant moments. In “Paul’s Way,” Todd makes a small detour by telling us a narrative of someone whom he keeps “Find him / Lose him / Till the very end.” The riffs have a Western oomph to it as Todd builds the mysterious presence and absence of the character Paul.

The most peculiar moment of the record is “Rite of Rain,” a lyric-less piece where the violin strings channel the peaceful fluidity of nature. Todd further expands this relationship with nature in “Big Blue Wave,” where he uses the figurative image of wave as a symbolism for panic. But unlike the lyrics, the melody is a deceitfully soothing one.

If there’s a song that nails our current world, it’s “Masks (Fever Dreams).” It’s built on a stomping downtempo melody that captures the isolation, grief, and anxiety that permeates every corner. “Wild rumours heard / Flu from the birds / Blood from the bats” he sings. But from this dark state, he help us find serenity within ourselves in the following track “Wake Up Feeling Fine” where he reminds us of the comfort and security our dreams can provide. Todd ends the record on a warm, sparkling note with “Blossoming (the Other Side),” another vocal-less piece where dream pop meets acoustic.

Overnight Flight was released on April 26th and is the follow up of his previous album Path Overgrown, which was released back in December 2019. Todd currently lives on Lamma Island in Hong Kong.