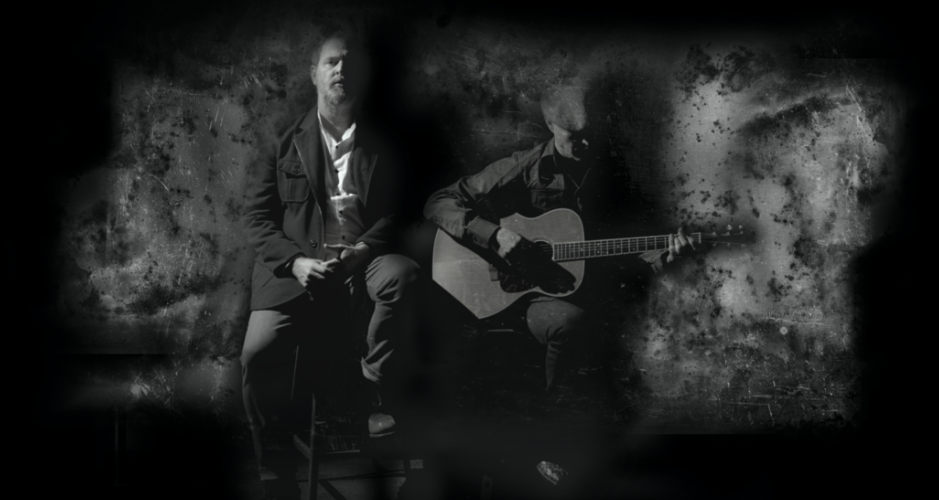 NorCal artist Eric Anders and SoCal artist Mark O’Bitz have been longtime collaborators in the music scene. They first met in 2000s and have been songsmithing together ever since. Their track “So Wrong” was used in Michael Schroeder’s film Man in the Chair back in 2007. The duo released their debut record Of All These Things in 2018 and the follow up Ghosts To Ancestors in 2019. This year, they’re back with a new concept album American Bardo, released in July of this year. The record is the melodic version of Geroge Saunders’ novel Lincoln in the Bardo, where each song tells the story of a character in the book.

Kicking off with “Matterblooomlight (Revisited),” the duo suspends us into a chest-swelling atmosphere as they introduce us to the character of Mr. Bevins. “Bury Me” has a sunny disposition where the warm, bittersweet breeze shuffles through the emotional weight of farewell. With strumming chords, “My Love” propels us into the story of unrequited romance as they chant “Our love it didn’t last too long / My love now won’t say goodbye.” Sonically, there is a stretchy flair to “A Home the I Can’t Know” as the expansive croons and gliding percussions slides you into the cusp between despair and hope for finding home.

“Old Theory of Love” is a dark pop soundscape where the dripping piano keys as they dissect Aristophanes’ theory of love. In “Holding Will,” we’re taken to the folk waters where the chords feel rawer and is tinted with soulful hues. “Haunting Abraham” takes us on an upbeat waltz infused with wooziness whereas “Judgement Day” brings us back to a heart-tugging slow dance. The duo brings elements of Americana in “And One Love” as they intorduces us to the Traynor girl as they contemplate on the constant search for more love.

In “Life’s a Beauty Won,” the thrumming strings and echo-laden choruses question the wrongness to desire someone overwhelmingly. The following piece “Bardo Cons,” is characterized by dense clusters of percussions that thrust in midtempo fashion, letting you indulge in the reflective indie soundscape. The final piece “Won’t Live It Down” is an indie pop piece where they tell us the story of Litzie Wright, addressing issues of family, American identity, and home. American Bardo is a sonic journey that repaints each character’s journey and vulnerability that feel intimately personal and fictional at the same time.