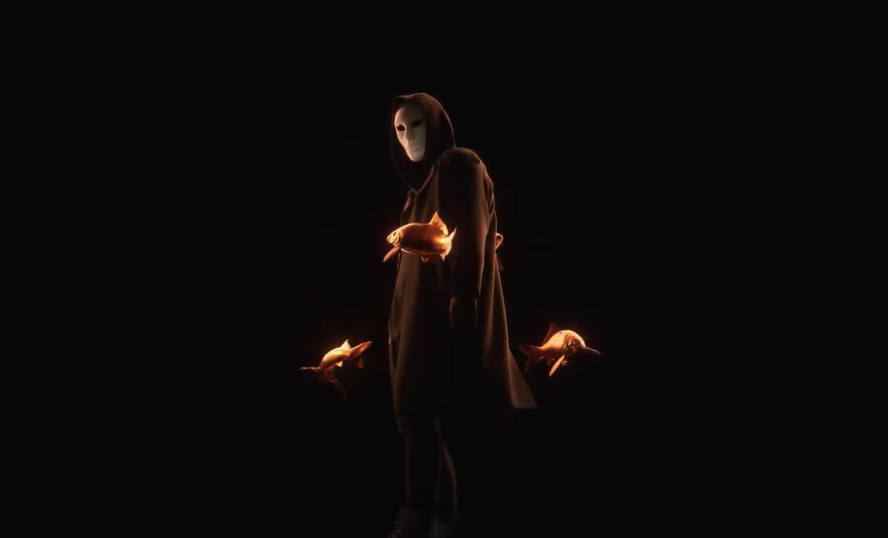 Montreal-based, mysterious artist Delachute returns with new single “Perchaude,” an introspective indie piece weaved with delightful guitar chords and playful drums. It’s art pop with jazzy twists that makes “Perchaude” sound so posh and sophisticated. But the lyrics tell a different story – based on an affair between a prisoner and his psychologist (true story), “Perchaude” is a dark narrative that captures helplessness we often get cornered in the most unexpected ways:

In discussing the inspiration behind the track, Delachute elaborated:

“Long story short, a prisoner was having an affair with his psychologist. Finding “love” or even just consensual sex in jail is next to impossible, so he was pretty delighted by the whole situation…until things went south.

This is where it gets weird. The psychologist was also in a relationship with a guard. The inmate learned that several months into their relationship. Of course, it made him panic big time, and for good reasons. He was well aware of how miserable his life would become if prison staff would learn about his involvement with the lady.

He decided he had to keep his distance, but the psychologist didn’t agree with that. She wanted to keep him in her caseload if you know what I mean. Since her reports are really important for his chances of being paroled and getting out in the free world someday, she had total power over him. She started to manipulate him to keep the affair going.”

“Perchaude” was mixed by Mark Lawson (Arcade Fire, Timber Timbre, etc.) and was recorded in Delachute’s own home studio.