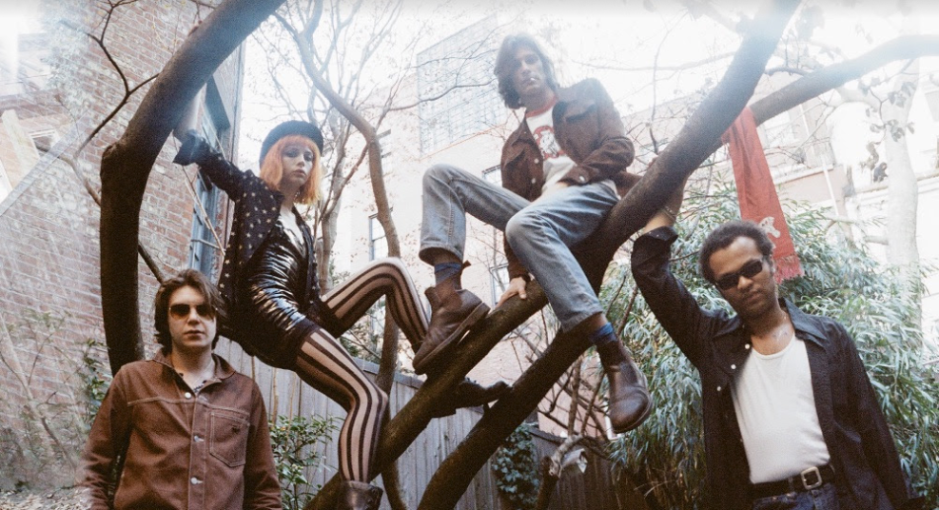 London duo Sunglasses For Jaws have unveiled the latest single “Walk Me Home” of their upcoming album Everybody’s Made of Bones. Produced by Charlotte Kemp Muhl, the album features actor Oliver Huband who has taken a new persona of his own for just this project – and he’s called Frank. “Frank is a deluded paranoid schizophrenic, essentially,” commented SFJ. “He believes that he’s in a film, but he’s not, just like everyone thinks that they’re in a film in their own head. Really though, it’s a man having a nervous breakdown. It’s an exploration of method acting and having an existential crisis in this role you’re playing. It’s a bit meta and in the rabbit hole!” Check out “Walk Me Home” below:

Speaking on the track, the band said: “The concept behind the song is that of temptation. Of making a decision that could have disastrous consequences. But, just as Eve plucked the Apple from the Tree, we want to take our own risks and taste our own apples. And those risks seem even more exciting when they’re forbidden. Who knows what could happen. What could change. How you could feel. You’ll never know unless you try it. So I’d just say this: don’t go home with strangers… unless you want to.”

Everybody’s Made Of Bones will be out on June 3rd via Pony Recordings.